Regalia: The Three Sacred Stars took a short break over the course of August to fix quality issues. The first four episodes re-aired in September and they do sport a few changes. Since some of the episodes contain much more changes than others, they will be broken up across a few different posts to differentiate them. Some images may contain minor spoilers, so please beware.

Each screengrab has a caption to go with it. Not only were visual edits made, but in some cases, lines were added or changed. In the case of episode 1, there were two added lines. Please enjoy perusing this gallery. There will be more to come over the next few days so hope you all like this!

An extra scene where Johann says “It’ll be visible soon… Ruks’ power, that is.”

An extra scene with Tia and Sara, where the latter says “What’s Rena doing?”

A shot of Magna Alecto not present in the original. 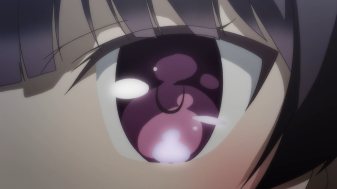 Ep 1 re-airing: Rena’s eye but with a bright glow.

Ep 1 re-airing: The fire is now white instead of red.

Best of the Season